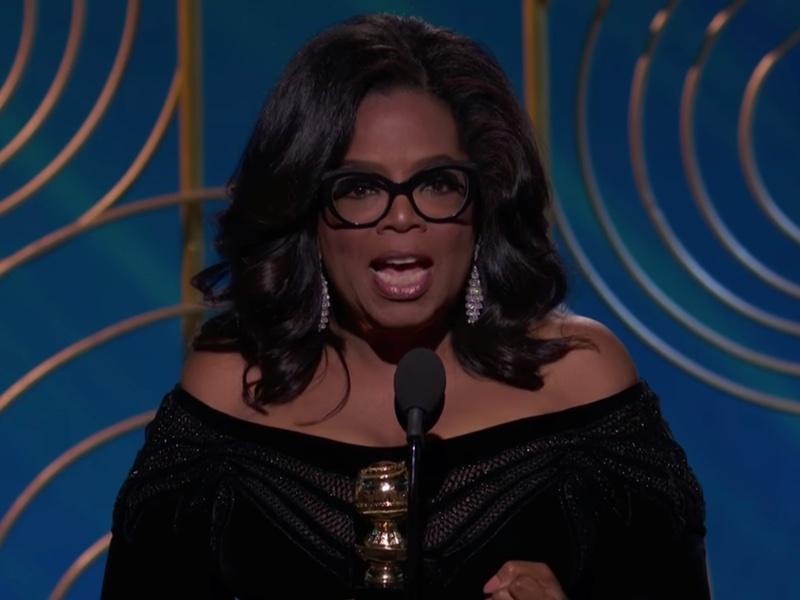 Oprah Winfrey has really revolutionized TV. She has brought significant changes in the presentation of talk shows. Her approach really caught the TV talk shows with storm as they surpassed all other previous TV talk shows rising to the top. This is why her show has been running for more than 25 years consistently receiving top awards.

Oprah’s popularity, wealth and fame have no doubt arisen from her activities in the media and especially in television. Oprah has risen to the top most influential woman in the world due to her show the Oprah Winfrey show and the apparent new mode of presentation has seen her show rise to be among the most watched show in the history of America. Started in 1984 after she joined Roger Ebert in the television show ‘At the movies’ she has not looked back ever since. The talk show which was later renamed ‘The Oprah Winfrey show’ has been causing ripples in television ever since (Academy of Achievement). It has emerged as the most popular TV show in history completely changing the face of TV.

The contemporary and conventional media styles initially employed by previous TV personalities like Phil Donahue. Oprah’s approach was rather different with her programs having a humanistic touch in them as compared to the straight forward questioning earlier on. Creating an emotional appeal in her show has enabled her to get very close to the people’s heart thus winning a large audience.

Oprah has had too much influence through this show that it has become kind of a lifestyle to the American population. It is always regarded as a prestige to appear in ‘The Oprah Winfrey Show.’ Started off as a tabloid it has now developed a less-tabloid format and now has shows ranging a variety of topics. These include spirituality, interviews, and health and relationships issues among others which were initially avoided or approached too mechanically. Through these, she has significantly increased her popularity as her shows are very touching and identify with almost everyone in the society (Davis 96). She also has her critics too.

Due to these changes, Oprah’s show has had so much influence that she shapes some national policies in the United States. The public tends to follow her opinions on some major political issues in the country. During the 2008 election, her support for the current US president had a major impact on Obama’s popularity. She though adamantly refused her show to be used as a platform for political campaigns. She did not want to be biased or go against the norms of her show.  Oprah’s show though is considered as the most appropriate platform to launch a project, ideas, and books or just promote a particular person in a particular field. The show has an estimated following of about 15-20 million viewers in a day and has been in existence since 1986. In December 2005 for instance, Oprah together with David latter man significantly promoted ‘The color purple’ a Broadway musical. This helped Latter man to get his largest audience in 11 years. This shows really how her influence has really changed earlier conventional media styles.

The Forbes woman magazine uses a certain criteria to rank the most influential women in the media. The criteria used involves the viewers attracted to a show, social site following and the earnings. Considering this it is evidently clear that Oprah has had the major impact among the women in the media. Having attracted 15 to 20 million viewers everyday to her show and 70 million clicks to her site while receiving 20, 000 emails every week. This is no doubt a major impact. Oprah pocketed a whooping $275 million with the second closest woman Ellen DeGeneres earning only $35 million. Oprah has been mentioned on the press countless times as compared to other women (Blakeley 26). The times.com rated her as the most powerful woman while the American spectator names her as the most influential woman in the world. Oprah has been on the list of time 100 annual list of the most influential personalities five times, the only person to have ever achieved that fete.

Any association of a product or a person with Oprah gains instant popularity. Among the famous personalities Oprah has helped steer their careers to success include Dr. Phil, Gayle King and Marianne Williamson among many others. Her show has also been a major advertizing platform for various products but not for monetary purposes (Harris and Watson 52). She gives a platform to launch of books even before signing deals with the retailers. This humanitarian effort is also a major cause of her influence in the media.

Her style of presentation of important life issues and the way she interacts with her audience has led to a culture of Oprahfication. This is a means of confessing publicly which is now considered as a form of therapy (Harris and Watson 45). Panelists in the Oprah show are given a very welcoming platform where they fully express themselves thus realizing themselves off their burden. This has been referred by the time magazine as rapport talk. This style distinguishes Oprah from other talk shows as she gets into touch with the human and emotional side of her panelists and audience. The phenomenon of Oprafication has also spread into other mainstream areas including in politics. Such is her influence that if she fails to mention an individual who is a running for a major political seat, then it is like that individual does not even exist.

Oprah’s approach to sensitive issue has also contributed significantly to her influence in the media. She is credited for enabling gays and lesbians have a face in the media (Davis 76). This is not to mean that she is in support of the two, it’s only that she accepts them as people who need to be helped. Oprah has no doubt done a lot in TV and has also been a producer and an actor in various films. It is conclusive though that she has had a major influence on the media and is no doubt a legend in her lifetime.

Blakeley, Kiri. The Most Influential Women in Media. Forbes.com, 2009.