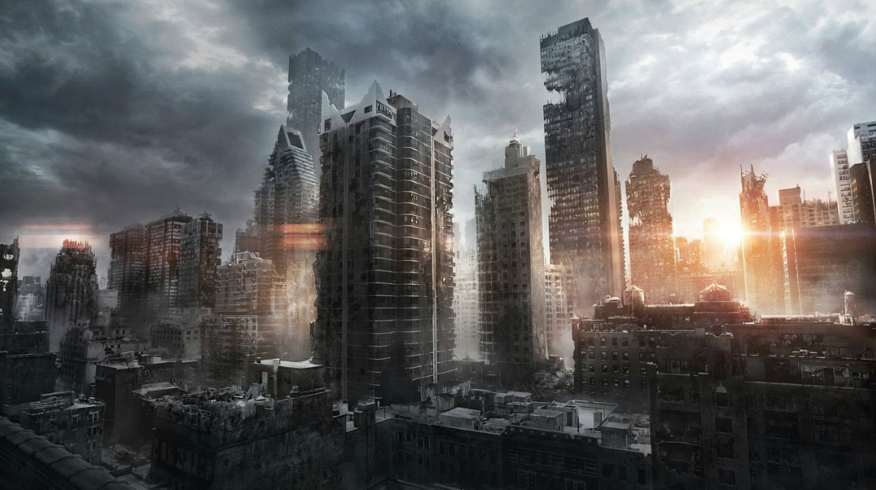 Density dependent factors are those factors that depend on the density of the population like food, water, disease, competition and predation. These factors are sometimes classified as biotic factors. Population cannot keep on growing at an exponential rate since as the population density increases the food decreases and this brings about the competition for food. Competition may lead to elimination of the species that are not fittest to survive hence, limiting further growth (Sayre, 2008).

Quality of nutrients affects the ability of an organism to survive, grow and reproduce in a given ecosystem. When the nutrients are limited (quality of food is low), the environmental stress goes high, which finally affects the population size either through death or competition for limited resources. The stress will keep on increasing until the only organisms which will remain are those that the environment can support indefinitely.

Pollutants also contribute to increased environmental stress, which limits growth rates of populations. Chemical pollutants significantly affect the growth of certain species such as agricultural pests.  Also, the pollutants run into the water ponds where they affect the amphibians’ direct increase in mortality or indirect growth, development or reduction in productivity.

Environmental catastrophes such as earthquakes, fires, floods and hurricanes affect population growth rates.  Natural disasters destroy the natural habitats of the organisms as well as affect the organism’s direct mortality. This disaster in turn affects the population growths in the ecosystem making the organism population oscillate at equilibrium.

Developed countries have relatively lower family sizes than developing countries, although the economies of many parts of the world could encourage smaller families.

Unlike natural populations, growth of the human population is affected by cultural environments. Certain cultures promote the increased number of family sizes while others oppose exponential family growth. Cultural decisions depend on the family norms and values which are difficult to change even with the implementation of birth regulation policies. Natural population growth is not affected by cultural involvements because cultural involvements do not exist in such populations.

Health science has improved the mortality rate of humans. Diseases which kill organisms in natural populations can be controlled in human populations. Even though violent deaths are recorded to be affecting various parts of the world, their effect on overall human population growth are insignificant.

World Population Prospects (2010) denotes that with the increasing birth rates in the whole world, the earth’s capacity to sustain humanity indefinitely keeps on declining. Soon it will reach a point where the resources available will not be able to sustain humanity. Even though the world governments have tried to implement birth control policies, families still keep on increasing. For instance, in China, the population is so voluminous that the resources will soon be depleted.  By the US States Census Reports 2017, the population of the world is about 7.6 billion.

Curve illustrating the actual growth of the human population from its beginning until the present.

In conclusion, given the rate of births that are registered in the world daily, the population will have reached about 7.5 to 10.5 billion by 2050. At this time, the limiting factors will begin taking effect. This speculation is based on the amount of resources available and the remaining space of the earth, which people can occupy. By 2050, the population will have grown enormously until the resources available will not be enough to meet the needs of humanity. For example, land scarcity and food scarcity will be key limiting factors to human growth. Thus, the growth rate will slow down and begin oscillating at carrying capacity or will fall adversely since supporting resources will have been destroyed by man not to sustain any future generation (Sayre, 2008).

Has the population already overshot carrying capacity? Leave a comment.

4 thoughts on “Population Growth And The Ecosystem’s Limits”