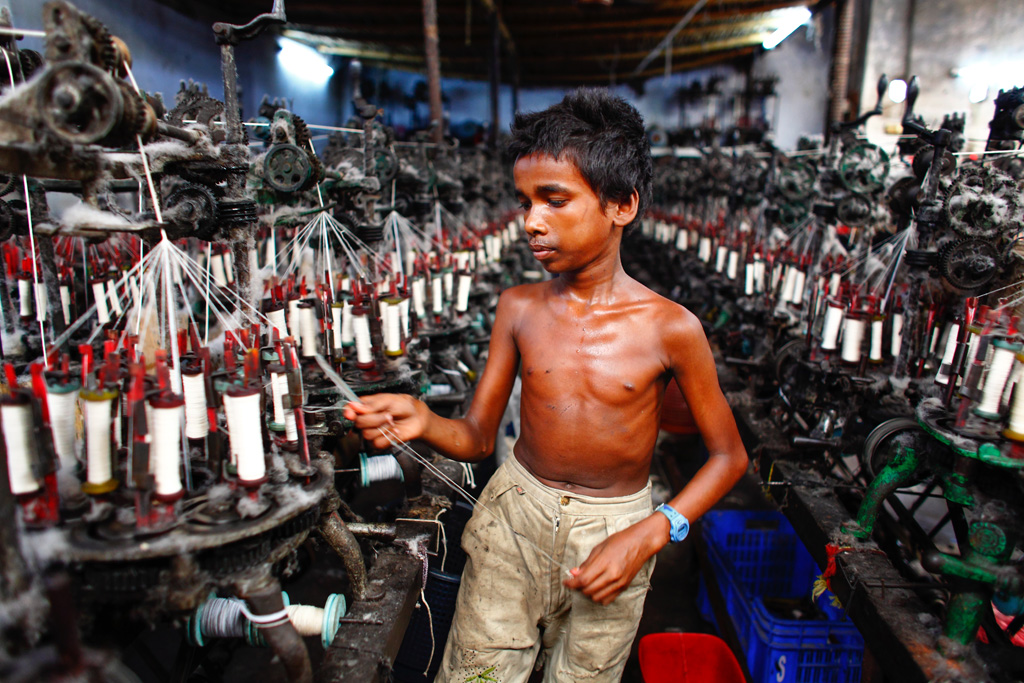 Spurred by an anti-WTO protest at Georgetown University in 1999, Pietra Rivoli who witnessed the demonstration was challenged to seek for answers on the issues raised by one of the protesters. At the time of the protest, she discovered that she did not have answers regarding the origin and the fate of the shirt she wore. She did not know whether her shirt was made by child laborer working in a sweetshop somewhere in the third world country or not. The protesters challenged the public that their shirts would have been made by a Vietnamese child who is forced to work long hours without food and water (Welters & Lillethum, 2011). Consequently, Pietra spend the following five years in finding answers pertaining to the life history of her t-shirt.

In her quest for answers, Petra purchased a t-shirt at Walgreens drugstore in Ft. Lauderdale for six dollars and tracked its genealogy. The geology of the t-shirt is well illustrated in what became of her award winning book entitled The Travels of A T-Shirt in the Global Economy: An Economist Examines the Markets, Power and Politics of World Trade published by John Wiley and Sons in 2005.

In her book, Rivoli takes her readers through a fascinating journey around the globe in an attempt to explore both political and economic lessons that can be leant from the genealogy of her t-shirt. She spends five years travelling from cotton fields in Texas to Chinese textile factory to a used clothing market in Africa (Wells, 2008). During her quest, Rivoli investigates questions pertaining to economic, politics, ethics as well as the history of globalization and modern business. In her book, Rivioi uses the tale of a t-shirt to make an illustration of the major issues surrounding debate on globalization, thus offering its readers with an enlightening, surprising and unprejudiced view of a compelling topic of 21st century.

In the first leg of Rivoli’s journey, she travels to cotton fields located in Texas where the cotton fiber used to make her t-shirt was grown. With the phase “From where In the World Did Your Outfit today come and where In the World May Your Outfit End Up? In her mind, Rivoli elaborates on various ways by which US came to dominate the global market in cotton production. She explains various compelling issues by which US farmers gained every advantage ranging from technology to subsidies, slavery to sharecropping. Also, she writes of the fact that every single part of the cotton plants grown was turned into a profit.  This includes the use of cotton stems, balls, leaves and dirt as cattle feed for the nearby feedlots, as well as the use of cotton seeds as aquatic feed for neighboring fish farms.

Moreover, while examining the life of her t-shirt in Texas cotton fields, the author uses the ideas of market interactions to command the path taken by cotton fiber from Texas to china for processing. In her book, Rivoli admits that it is expensive to produce value-added goods because it demands manual labor. Therefore, as a result of the two century US struggle against manual labor, Americans can no longer endure to work on factories for low wages. This has led to the shift of textile production to china where the population is willing to work for low wages and longer hours. The author describes the history of textile mills to condemn the inhuman working conditions associated with them. This explains why the Texan farms supply its fiber to China to be processed and sold back to US. This is preferred option despite the country having better technology and plenty of raw materials.

According to Rivoli, market interactions are responsible for the shifts witnessed in the textile industry especially as it pertains to textile production. The process is described as an un-ending race to the bottom where developed countries compete for cheapest means to produce apparel resulting to inhuman working conditions. For example, every country that has involved itself with textile industry has been documented to exploit women and children in their factories. Those working in the textile factories have been exposed to long working hours with limited breaks, scanty wages, poor living conditions as well as hunger (Freeman, 2008).  China dominates the textile industry because several market interactions come into play.  Some of the forces in China’s textile industry include custody and repatriation laws, price and supply for labor, hukou, lack of experience and labor alternatives as well as the raising of textile market by global capitalists. China has high population size which is mostly unskilled. This has given china an advantage in the textile industry.

In the second leg of her journey in the genealogy of her t-shirt, Rivoli travels to china to visit to textile factories to meet workers who are mainly constituted of children and women. Most of the workers in the Chinese textile factories have sought their economic independence by abandoning working in farms. According to her findings, the market interactions in the textile industry have led to shifting of dominance from New England, to Carolinas, to Japan, to Korea and to china.  Rivoli argues that trade agreements have played an essential role in restraining textile industry in China while focusing at protecting production of textile in the United States and in other third world countries. The trade agreements are used to set quotas for countries. In her exploration Rivoli elaborates the role played by politics and power in negotiations pertaining to trade agreements and the effects of US foreign policy as it regards to countries it opens its market to. In this case, Rivoli uses the idea of market interactions to condemn tendencies of leaders to use politics to achieve their political interests at the expense of the county’s economic development

In addition, Rivoli uses the idea of free market to condemn the working conditions in the textile factories. She argues that US leaders have been made look like fools by the protectionist regimes created by the textile lobbies. Protectionism regimes comprise of trade associations, trade agreements, trade and lobbying groups among others. These regimes are totally against free trade as countries are incapable of closing trade barriers, thus, closing competitive industries like textile industry to free trade in US. Such trade barriers least benefits US textile laborers and aids the competing countries. According to Rivoli, American trade laws have made it difficult for America apparel producers to compete in the word market. These laws have led to label-cheating, globe-trotting and have made the wrong stakeholders wealthy. Quotas granted to China resulted to loss of millions of consumers’ and taxpayers’ dollars that would have been used to train US textile workforce (Rivoli, 2005).  Also, closing of MFA prompted supporters of free trade from third world countries to re-think their positions. For instance, it made some countries to trade their quotas and offer labor to bigger countries like china (Rivoli, 2005). The continued demand for manual labor in the textile industry is regulated by the rise of a country’s middle class leaving limited unskilled labor for the industry. This raises the price of apparel and forces another desperate and poor country to take up the apparel industry.

In the final leg of her journey, Rivoli explores possibilities of the fate of her shirt if it was donated for charity where it would be shipped and sold to traders in Africa. She displays poverty levels in east Africa using a local cast-off market (locally knows as Mitumba) in Tanzania. The cast-offs are sold to traders where they re-sell for a profit. According to Rivoli, the mitumba market in east Africa has helped many people out of poverty (Rivoli, 2009). The mitumba market is a close model of free market characterized by limited barriers between buyers and sellers. The mitumba market has led to improved lives in the region as customers have become discriminating and show product preference. This has led to increased competition and diversification amongst sellers of the cast-offs (Rivoli, 2005).  In this example, Rivoli uses the idea of free market to command that trade involving cast-offs play a significant role in helping the poor to lead improved lives. As a result of the mitumba market (free market) buyers and sellers have attained economic gains that have fostered economic growth. Therefore, cast off t-shirt goes along way to improving the lives of those in other parts of the world by giving them an opportunity to succeed in the world market.

Rivoli, P. (2005).The travels of a t-shirt in the global economy: an economist examines the markets, power and politics of world trade. Oxford: John Wiley and Sons.

Rivoli, P. (2009). The travels of a t-shirt in the global economy: an economist examines the markets, power and politics of world trade (2nd edition). Oxford: Wiley