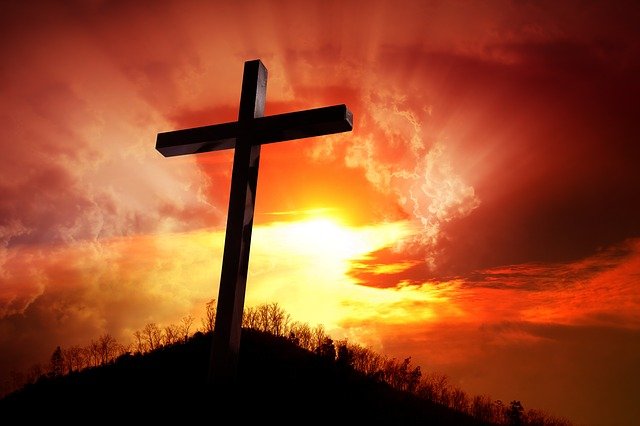 This article analyzes and critiques Mormonism beliefs as opposed to Christianity. It provides that Mormonism adherents are supposed to be given the biblical truth as it is in the gospel of Jesus Christ. This article will further discuss Mormon’s view of God, creation, Jesus Christ, salvation and eternal status of man and explain how the views are contrary to the scripture. By definition, Mormonism is a religion that is practiced by Mormons, it does not characterize God properly and denies that God is the creator of the universe, it denies the deity of Jesus Christ, and emphasizes on works as an addendum for grace. Additionally, it does not apply justice consistently in matters or religion. This paper will finally provide a way in which the followers of Mormonism should be given the gospel1.

Mormons world views can be described by using different doctrines collected from the Mormons scriptures, the bible, Joseph smith the founder of the religion, and the Mormon prophets. Mormons deny the supernatural power of God and his supremacy as the creator of the universe by claiming that God was once a man called Elohim. Elohim came from another planet and brought his spirit children (human beings) with him to earth. This man Elohim did all this so that man could become a god2.

Mormons deny the deity of Jesus Christ and argue that Jesus Christ is the physical offspring of Elohim and he was not Elohim himself. Concerning salvation, Mormons puts it differently from the way the biblical Christianity puts it. They believe that only true committed Mormons get salvation while non-Mormons go to the spirit prison where they are tormented. The Mormons believe the eternal state of man is contrary to the bible since they suggest  that man goes to one of the three heavens namely; telestial, terrestrial, or celestial kingdoms respectively from lowest to highest. According to the Mormons this overview provides the whole story of the origin, purpose and the destiny of man3.

When the above worldview of Mormon is analyzed alongside the biblical truth it is found to be flawed. Each doctrine taught by the Mormons is inaccurate and represents the biblical truth falsely. To begin with, Mormons teaching fails to acknowledge that God is supernatural and not a man from another planet. Isaiah 46:9 gives the picture of God in this way “………I am God, and there is none else; I am God and there is none like me.” But according to Mormons, God is defined as a man subject to experiences like ours and only originated from other planets, suggesting that he is also subject to other deities that exist in various parts of the universe. This belief defines God as having an origin just like man thus he is not eternal as the bible teaches. Further, Mormon view of God provides that there are many Gods preceding one another to infinity. This belief that there is literally an infinite number of Gods contradicts the bible truth that justifies that there is only one true God and none is like him. This doctrine surely denies the reality of biblical view of God4.

In addition to the denial of the biblical view of God, the religion fails to reveal God as the creator of the universe. Genesis 1:1 clearly states that “in the beginning God created heaven and earth …” together with the solar system, planets and stars as well. The claim that God came from one planet denies the fact that he created the planet since he could not have come from it if he created it. This violates John 1:1-3, which provides that “without Him, was not anything made that was made.”5

Mormons believe that Jesus Christ was created by God, a doctrine that denies blatantly the deity of Jesus Christ. This belief contradicts the bible truth of John 1: 1 which states that “in the beginning there was the word, the word was with God and the word was God….. Without Him (Jesus) nothing was made that was made”. Jesus cannot be the creature and yet he was with God when creating the universe thus he is one with God and He is God. Mormons teach that Jesus preceded to his status the word and thus cannot be the one true God which is a false doctrine for indeed Jesus was God incarnate and it contradicts the teaching of Romans chapter 4, which explains that salvation is only by believing in God; thus if Jesus is not God then he cannot be relied on for man’s salvation. This doctrine also violates John- 3: 16 that states “for God so loved ……that he gave his only begotten son (Jesus) that whosoever believes in Him …have eternal life6.

The Mormons lack of understanding of man's salvation leads to their belief in works as a supplement for grace. 2Nephi 25: 23 claims “…..for we know that it is by grace that we are saved, after all we can do”.  Works are elevated in Mormonism for grace which is contrary to Romans 11: 16 “….if by grace, then, it is no more of works……..but if of works, then no more of grace.” Therefore, according to Mormons, grace is nothing but rewards of merited works. Thus salvation is purely on meeting the standard of works so that you can receive the reward of grace. This raises questions about the grace of God which is unmerited favor7.

According to James walkers, those who trust in the obedience of the law and its ordinances for salvation or add good works to the gospel are not trusting Jesus Christ as their surety and their savior; this is the gospel of works and not grace. Mormons deny that God cannot be just and gracious at the same time. Surely, man had sinned and his penalty was death, in his sinful status man could not save himself whatsoever, thus God had to intervene in the name of grace to save him by imputing righteousness to the sinful man due to His love for mankind. To impute righteousness because of man’s good act would not be just thus it could only be by grace. Romans 5: 12 states that all have sinned and therefore God is forced to impute sin to all men meaning  that man is subjected to eternal death and separation from God. Acts 4:12, Romans 5:15-21 both provide that the eternal death is avoidable and the penalty has been paid for already through the sacrifice of Jesus Christ. This is possible only because God is Just and holy yet has perfect love and kindness to mankind8.

Plan of taking the gospel to the Mormon

A Mormon should be shown that God loved mankind so much that he had to send his son to pay the penalty of sin providing the way for salvation by grace alone. The love God has for mankind should be taught alongside the sacrifice of Jesus Christ. The Mormons should be shown that Jesus Christ died for all the sins of the world and no one can merit or work their own way for salvation or forgiveness with God. Thus if Jesus is the only hope and complete sacrifice for our sins then our efforts to achieve what he has already paid for is in vain and worthless. The Mormon should be shown that God is supreme and is the creator of the universe. By him (God) all things consist and there only exist one true God9.

This article has provided the world overview of Mormons, its analysis and criticism based on biblical teaching. The doctrines that Mormons  teach that contradicts the bible include the supremacy of God, creation, the deity of Jesus Christ and the salvation of man based on works not forgetting the justice and grace of God. Finally this article suggests that Mormons should be given the true gospel of the bible and since their religion is in vain. Moreover, they should denounce those doctrines and embrace the true gospel of Jesus Christ which is based on the grace of God for salvation and not works of the laws.

Walker, James. “Mormonism.” In The Popular Encyclopedia of Apologetics, edited by Ed Hindson and Ergun Caner. Eugene, OR: Harvest House, 2008.

Religion and Theology of Taoism

Religion as it Relates to Marketing Management