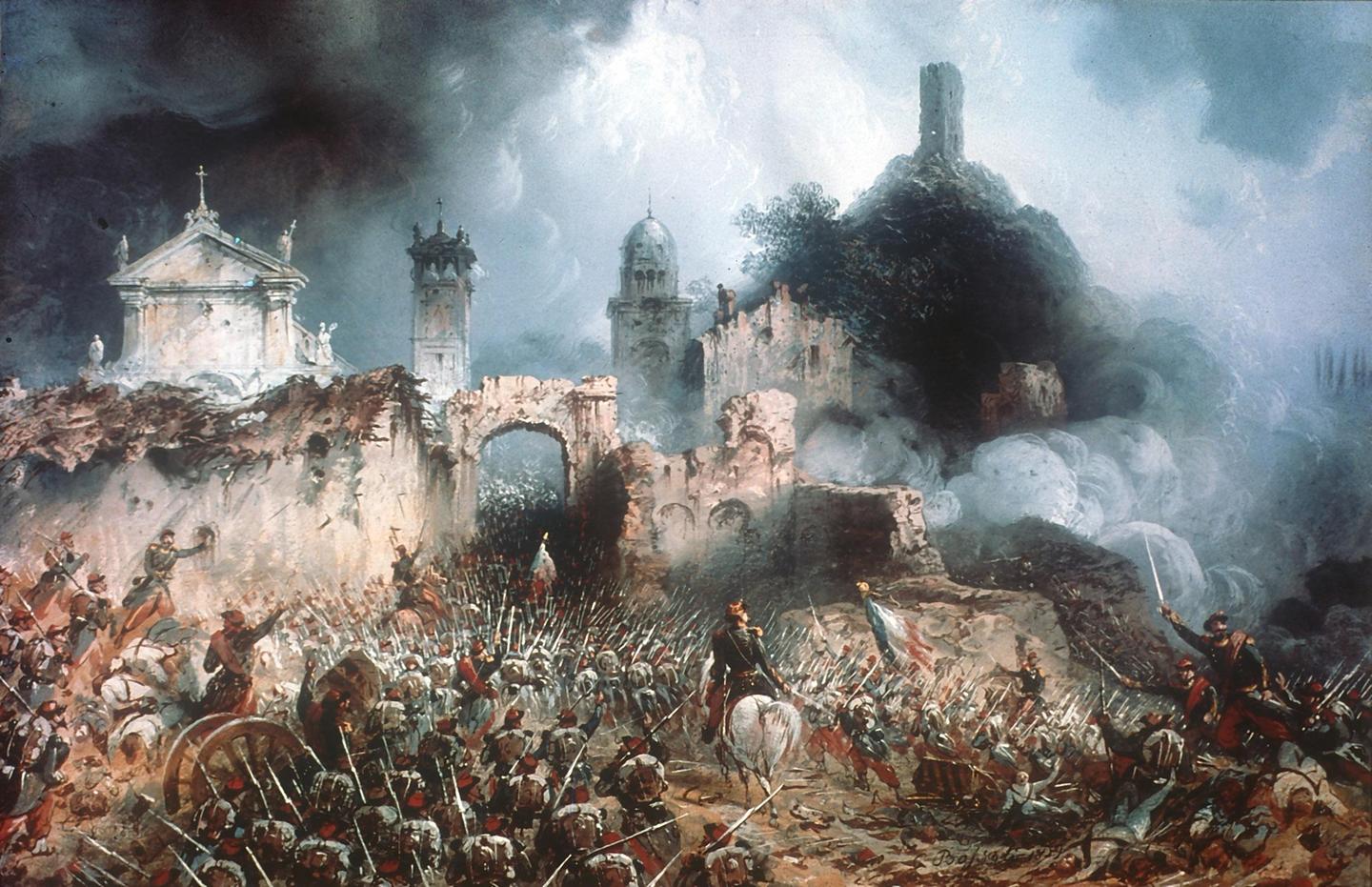 The demise of the Western Roman Empire led to a system of city states. During the renaissance, the system was operational but worsened when modern nation states in the early modern era started to rise. The Papal States turned into battlegrounds of big powers like France and the Holy Roman Empire. Italy, like other countries in Europe, fell under the wave of Napoleon in the 19th century (Marvin, 2008).

When the reign of Napoleon fell short, the monarchs he had created tried to sustain their thrones by evoking nationalistic emotions among the people causing rise of evolutions. One of the monarchs was Eugene de Beauharnais, a viceroy of Italy who wanted to be authorized by Austria to rule the empire of Italy. In 1815 when Napoleonic France was defeated, the congress of Vienna was convened to set up new boundaries in Europe.

In Italy, it reinstated independent governments. This came about indirectly as a result of the power vacuum or directly by European powers like Austria who dictated use of independent governments. The unification of Italy turned out to be perceived by the Austrian Empire as a fight against them since they controlled the northern part of present day Italy and unification of Italy would result in the loss of their newly acquired empire. Klemens Von Metternich, an Austrian diplomat in the congress of Vienna was once quoted saying “Italy is nothing more than a geographical expression” (Holt, 1971).

The il Risorgimento i.e. the resurgence brought about the Italian Unification. It was a social and political movement brought together by different independent states of Italy into one state of Italy in 19th century (Marvin, 2008). It is not clearly stated the exact date when the resurgence started or ended but various scholars have the same opinion that it started in 1815 sparked by the Congress of Vienna and came to an end with the Franco-Prussian War in 1871. Various factors facilitated the unification of Italy.

In the early 19th century, secret revolutionary societies emerged in Italy referred to as Carbonari or the charcoal burners. It is believed that the carbonari influence spilled over to other countries like Spain, Portugal, and France leading to rise of other radical groups in those countries (Frost, 2003). The objectives of these groups were focused on patriotism and liberation but still they lacked a well defined political outline. They were formed by people who did not support the political situation in 1815 most notably within the southern regions of Italy (Holt, 1971). These groups played a vital role in the resurgence mainly the revolution of 1820 and to some extent the progress of Italian Nationalism.

Giuseppe Garibaldi was the best student of Giuseppe Mazzini. The duo tried in vain to unite Italy using democracy. Garibaldi received support from his loyal multitude of red shirts comprising young Italians who had an ideology of democracy .The revolution in 1848 was used as a platform for democratic uprising but it failed because of the renaissance of conformist authority in Europe.

However an aristocratic politician known as Camillo Di Cavour manipulated the situation using devices of realpolitik to unite Italy under the crown of Sardinia. Realpolitik is use of realistic appraisal of authority and self interest of individual nation states in politics. Cavour use realpolitik appropriately to sell his political ideology. When he was the prime minister of Sardinia in 1855, he used an international platform of a peace conference to convince the British and the French side that was involved in the Crimean war, on the importance of a unified Italy (Marvin, 2008).

He managed to form an alliance in 1858 with France which pledged military support against the aggressive Austria if the need arose. In 1859 Austria declared war against Sardinia citing aggravation and the Austrian army was crushed by French forces. The triumph of Austria by Cavour inspired numerous revolutionary assemblies in central parts of Italy like Parma, Modena, Tuscany, and Romagna which opted through the ballot to unify with Sardinia in 1859.

Garibaldi returned to Italy in 1860 following a self imposed exile to lead the famous red shirt army also known as the thousand in southern Italy. Garibaldi successfully liberated Naples and Sicily forming the kingdom of two Sicily’s. These vicious liberations by Garibaldi sparked anxiety in Cavour since Garibaldi was a democrat, and Cavour’s beloved Sardinia was a constitutional monarchy acting as a symbol of unity for Italy (Marvin, 2008). This made Cavour lay a leash on Garibaldi’s offensive by sending Sardian troops to Naples and Papal states where he succeeded and popularized the idea of carving out Naples to Sardinia.

Garibaldi conceded defeat after he was outsmarted by Cavour for the sake of unifying Italy. Italy was eventually declared a united nation in 1861 under the leadership of Victor Emmanuel II the Sardian king. Use of realpolitik continued to be used in the new nation of Italy, and when Prussia triumphed over Austria in 1866, Italy made a treaty with Berlin and got Venetia. In 1870 Prussia also defeated France in a vicious battle making the French troops vacate Rome, and Victor Emmanuel II took over Rome marking the final phase of Italy’s Unification.

It is without a doubt that the unification of Italy is attributed to different factors that occurred systematically at different times. It can be summarized that the early revolutionary groups called the carbonari inspired politicians like Cavour to step up and lead the masses to a unified Italy. Cavour used realpolitiks to convince the masses and foreign allies like France who offered him military support against Austria in central Italy. Cavour’s triumph inspired Giuseppe to take military action in southern parts of Italy and ended up liberating areas like Naples. Both the revolutions and individuals like Giuseppe and Cavour Unified Italy.