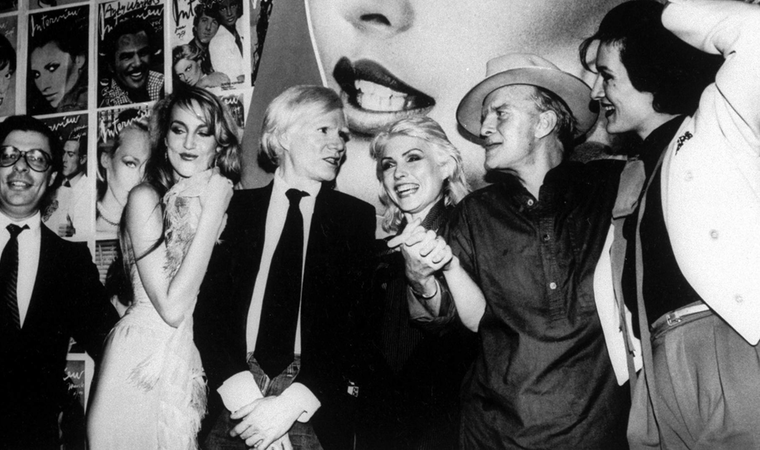 Pittsburgh, Pennsylvania is where Andy Warhol was born in the year, 1928, on August 6th. Andy Warhol is believed to have become a controversial and well renowned artist after being a commercial illustrator for a period of time successfully. His work is perceived to be an exploration of the relationship between celebrity culture, advertisement and artistic expression. In addition, he worked with a range of different and diverse mediums such as painting, music, film, and sculpture; in addition to being an author. Andy Warhol had a studio named the factory that is believed to have been famous for hosting distinguished intellectuals, Hollywood celebrities, playwrights, wealthy patrons, drag queens, and Bohemian street people.

Andy Warhol was perceived to be living as a gay man even before the movement of gay liberation, but this did not deter him from becoming an artist who is recognized globally. Andy as a small child had already shown his artistic talent through drawings and paintings. Although he did not start out his career as an artist, he is believed to be an iconic figure that is highly recognized as one of the greatest pop art artists. This, over the years, had earned him the name prince of pop. In addition, the work of Andy Warhol was aimed at bringing out the distinguishing factor between commercial arts that was mainly used in comic books, magazine illustrations and advertising campaigns, to fine arts. Hence; his philosophy that department stores are more like museums if a person thinks of it intensely.

Andy Warhol as a pop artist loved cats; this is evidently shown in some of his fine art work. Andy loved doing his work and most of his time he spent painting thus; one of his friends said that he was a very good example of a workaholic. This was based on the fact that he always had the objective of being highly recognized, wealthy and famous in general hence; his striving to work hard to accomplish his dream through what he loved and that is art.

Having retired from a career as a commercial illustrator which was successful, in the early 1960s, Andy Warhol began to explore reproductions in relation to newspaper headlines, advertisements and mass images produced in accordance to the popular culture of America. This included such items as coca-cola bottles and soup tins of Campbell’s. Moreover, during the same period he started working on portraits of Marilyn Monroe, Elvis Presley and Jackie Kennedy. This led him to take part in one of the first, vital pop art surveys that were held in New York, in the New Realists exhibition which put him in the limelight as a unique artist.

Research and studies show that Andy Warhol was an artist who was among the most influential people that lived in the second half of the 20th century. He is believed to have made the most recognizable images that have ever been in production. Through his art and work, he challenged the personal emotions that are portrayed by abstraction and idealistic visions: he based his art on commercial processes and popular culture and this acted as an attraction to the public in general. His work is believed, and perceived to be the founding of the movement for pop art through challenging the well known definition of art and expounding on ideas. He took risks when doing his artistic work through continuous experimentation with different subjects. Andy Warhol's nature of work may have led him to become a pioneer of visual art in all forms. His unique sense of style, his entourage of celebrities and his hard work made him accomplish his objective of being famous and wealthy (Schaffner, 1999).

Although he retired from his career of being a commercial illustrator in the mid 1960s to concentrate on making films, his unique taste in popular art is attributed to his commercial illustration work. The drawings that he made were mainly whimsical, decorative and comic in nature; in addition, the tone that was represented by these drawings was highly diverse from his pop art which was mainly impersonal mood and cold. Over the years, there have been many debates on the images that were screen printed to define Andy as a pop artist. Some of his art such as the Marilyn Monroe series and death and disaster series are perceived to have a direct relationship with the character and nature of Andy such as showing his sorrow freely in events that are public. Moreover, there are some people who view his art as compassion fatigue whereby the general public does not sympathize with them in the sense that they feel they are not involved. In addition, his art showed his passion for life and what he believed in as a person.

Twentieth century had been marked by popular culture in many different states thus; the introduction of pop art acted as a vital aspect in the distinguishing of low art forms and high art forms. The art that were made by Andy Warhol which basically were pop art are believed to have had a great impact on the growth and development of pop art. However, his additional activities were out to expound on the differences between popular art culture and high art worlds.

In conclusion, I believe that Andy Warhol had a very great impact on the development and growth of popular art during his lifetime. Through his art people felt like they could easily express how they feel without having fear of any repercussions. Although there is still controversy over the work of Andy Warhol in relation to commercial illustrations in connection to his art, his work is still recognized both domestically and internationally. In addition, one of his arts is believed to have been bought for a lot of money showing that his work was unique and appealed to all people in general. Pop culture is still recognized globally and there are exhibitions held that are dedicated to Andy Warhol and his art.