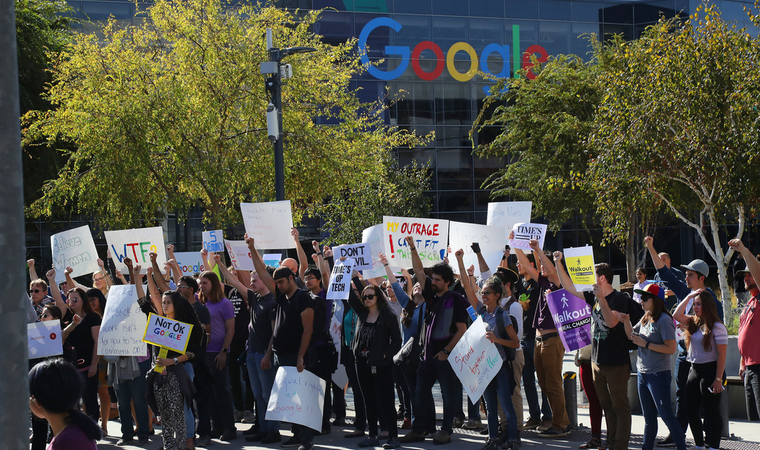 The United States labor law is a collection of both federal and state laws. The federal labor laws are tasked with setting the standards governing the rights of workers to organize in the private sectors. Federal laws are not applicable to state and local government employees. They are responsible for establishing overtime, rights and minimum wages for workers in public and private sectors. State laws provide expansive rights for workers than the federal laws. Federal laws are known to provide limited workplace safety standards and stringent standards. In addition, both the federal and state laws pays a significant role in protecting workers from employment discrimination based on gender, race, nationality origin and age. If the organization does not adhere to the stipulated labor laws and unions, the organization risks facing legal issues that threaten to taint its image as well as increasing expenses incurred in court battles that often lead to reduced profits in the victim organizations.

There are various benefits that organizations gain by joining workers unions. For instance, companies who have unions often pay higher wages as compared to non-unionized organizations in similar industries. In America, it has been established that, in American Federation of Labor and Congress of Industrialization, workers who are members of various unions earn thirty percent compared to nonunion workers (Smith & Russell, 2006).  In addition, union workers have better benefits when it comes to retirement plans and health insurance. This is essential in providing workers with better insurance coverage while being able to keep premiums at reasonable levels. Finally, workers in unions have better bargaining when negotiating contracts.

Workers unions play a significant role when it comes to collective bargaining involving negotiations made between employees who target at reaching an agreement intended at regulating their working conditions. Trade unions have the responsibility of representing the interests of workers it represents. Trade unions are useful in making negotiations with employers or groups of businesses to foster attainment of wide industrial agreements; such collective agreements act as labor contacts between one or more employers and various unions (Smith & Russell, 2006).

Collective bargaining of a union encompasses negotiations between unions, employers and workers representatives on the basis of the terms and conditions of given countries. These work conditions include issues pertaining to hours of work, wages, grievance solution procedures, working conditions, and rights and responsibilities of trade unions. This negotiation process between various parties is described as collective bargaining agreement or collective employment agreements. This is the general procedure that entails negotiations conducted on behalf of workers by various trade unions.

In the United States, the National Labor and Relations Act covers issues regarding most collective agreements in the private sector. According to the act, it is illegal to discriminate against member employees or harass them in retaliation to their joining in unions or by engaging in concerted activities. Union bargaining plays a significant role in reducing losses incurred by the organization when it comes to championing for workers’ rights that are opposed to the workers’ union. Successful negotiations between the involved parties are essential in improving worker-employer relationships thus promoting productivity and employee well being. Reduced costs imply that the organization is able to improve its profits margins in the industry.

Moreover, joining a union has the benefit of their belonging protection. Workers’ unions provide a representation in issues pertaining to disciplinary matters, thus, helps in pursuing compensation of the organization workmen on their behalf. This ensures that employees are able to negotiate on their working condition without having to put themselves on the line. Also, it ensures that safety and health issues with the management are improved.

In conclusion, joining a union is beneficial both to employees and workers of an organization as opposed to anti-union organizations whose workforce experience numerous challenges at the workplace. Also, organizations suffer negatively from issues pertaining to employee motivation and retention.

The Implementation of the Employment at Will Termination Policy