There’s a common thread tying together the most disruptive revolutions of human history, and it has some scientists worried about the United States.

In those revolutions, conflict largely boiled down to pervasive economic inequality. On Wednesday, a study in Nature, showing how and when those first divisions between rich and poor began, suggests not only that history has always repeated itself but also that it’s bound to do so again — and perhaps sooner than we think.

In the largest study of its kind, a team of scientists from Washington State University and 13 other institutions examined the factors leading to economic inequality throughout all of human history and noticed some worrying trends. Using a well-established score of inequality called the Gini coefficient, which gives perfect, egalitarian societies a score of 0 and high-inequality societies a 1, they showed that civilization tends to move toward inequality as some people gain the means to make others relatively poor — and employ it. Coupled with what researchers already know about inequality leading to social instability, the study does not bode well for the state of the world today.

“We could be concerned in the United States, that if Ginis get too high, we could be inviting revolution, or we could be inviting state collapse. There’s only a few things that are going to decrease our Ginis dramatically,” said Tim Kohler, Ph.D., the study’s lead author and a professor of archaeology and evolutionary anthropology in a statement.

Currently, the United States Gini score is around .81, one of the highest in the world, according to the 2016 Allianz Global Wealth Report. 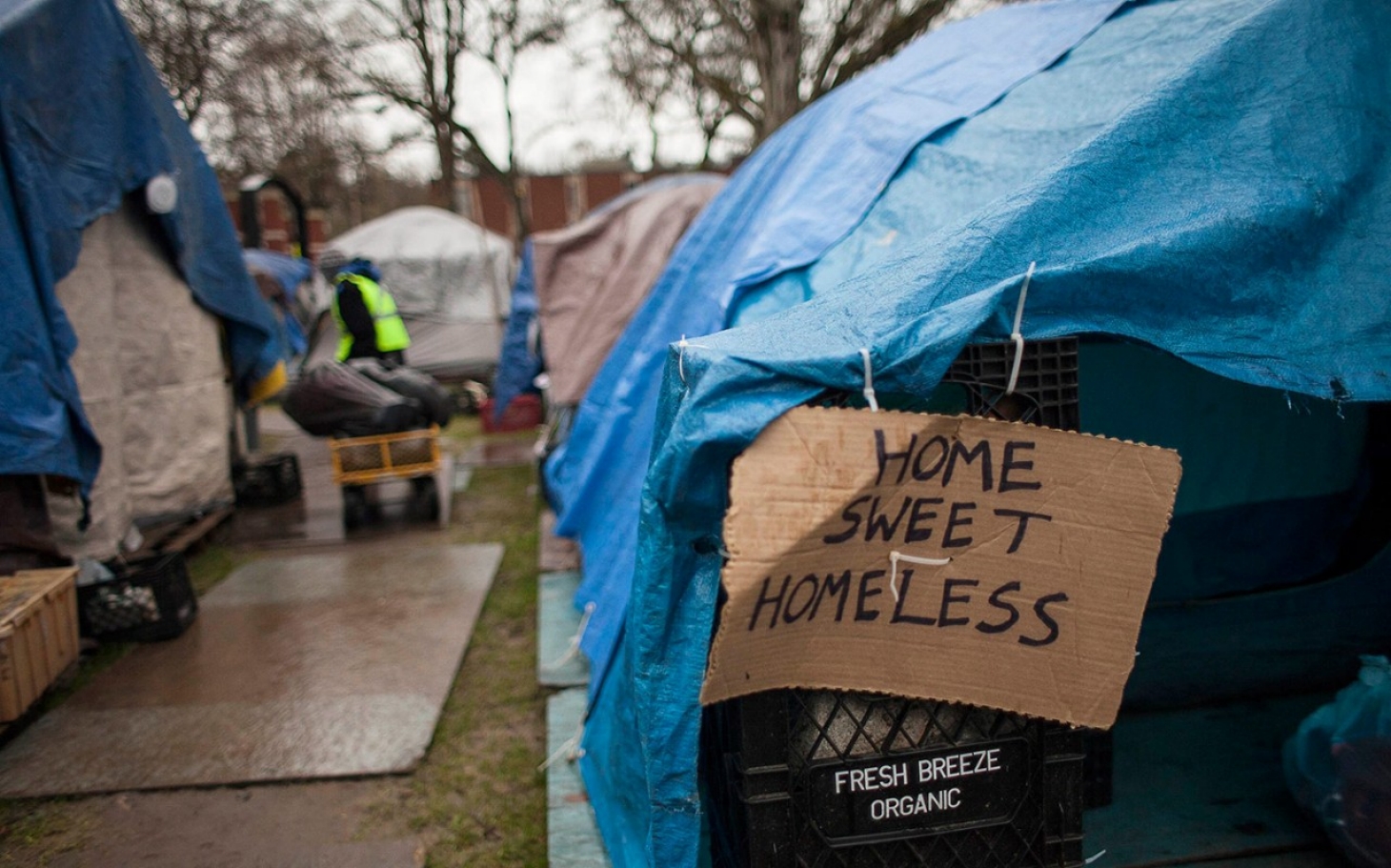 Kohler and his team had their work cut out for them, as studying inequality before the age of global wealth reports is not a straightforward task. It’s one thing to measure modern day economic inequality using measures of individual net worth, but those kind of metrics aren’t available for, say, hunter-gatherers chasing buffalo during the Paleolithic. To surmount this obstacle, the researchers decided to use house size as a catch-all proxy for wealth, then examined the makeup of societies from prehistoric times to modern day using data from 63 archaeological digs.

Overall, they found that human societies started off fairly equal, with the hunter-gatherer societies consistently getting Gini scores around .17. The divide between rich and poor really began once humans started to domesticate plants and animals and switch to farming-based societies. Learning to till the land meant introducing the concept of land ownership, and inevitably, some people ended up as landless peasants. Furthermore, because these societies no longer lived as nomads, it became easier to accumulate wealth (like land) and pass it down from generation to generation. 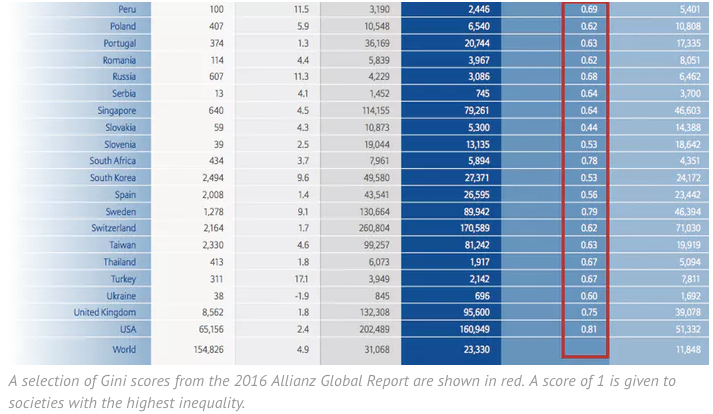 The Gini scores got higher as farming societies got bigger. The small scale “horticultural” farmers had a median Gini of .27, and larger-scale “agricultural” societies moved up to .35. This pattern continued until, oddly, humans moved into the New World — the Americas. Then, over time, the researchers saw that Gini scores kept rising in Old World Eurasia but actually hit a plateau in the Americas. The researchers think this plateau happened because there were fewer draft animals, like horse and water buffalo, in the New World, making it harder for new agricultural societies to expand and cultivate more land.

Overall, the highest-ever historical Gini the researchers found was that of the ancient Old World (think Patrician Rome), which got a score of .59. While the degrees of inequality experienced by historical societies are quite high, the researchers note, they’re nowhere near as high as the Gini scores we’re seeing now.

“Even given the possibility that the Ginis constructed here may somewhat underestimate true household wealth disparities, it is safe to say that the degree of wealth inequality experienced by many households today is considerably higher than has been the norm over the last ten millennia,” the researchers write in their paper.

On Monday, a global report from Credit Suisse showed that modern humans are continuing the trends set by our predecessors: Now, the report showed, half of the world’s wealth really does belong to a super-rich one percent, and the gap is only growing. Historically, Kohler says in his statement, there’s only so much inequality a society can sustain before it reaches a tipping point. Among the many known effects of inequality on a society are social unrest, a decrease in health, increased violence, and decreased solidarity. Unfortunately, Kohler points out, humans have never been especially good at decreasing inequality peacefully — historically, the only effective methods for doing so are plague, massive warfare, or revolution.