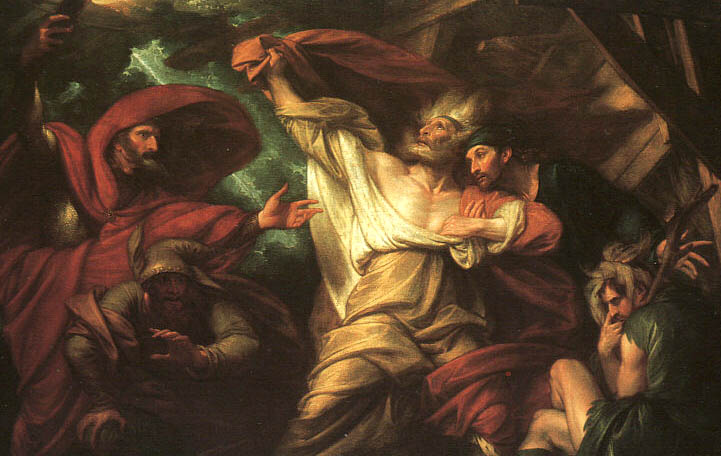 The lessons from the play ‘King Lear’ indicate balance of both nature and culture, and how actions are overshadowed by pessimism, redemption, mistrust, betrayal and tragedy. These characteristics manifest in different sections of the play when the characters make some crucial decisions, and are the core themes of the play.

There are several features of the play that portray real instances of tragic drama. The author portrays King Lear, as a person suffering from metaphoric blindness and full of obstinacy. The protagonist makes a decision to divide his wealth among his children based on the level of loyalty or direct submission shown by the three daughters. He ends up picking the two he believes to be the best. It however emerges later that the decision might have been made prematurely for these two later on to betray him. Thus the king in the play suffers from the habit of making flawed decisions. The decisions are respected since it is part of the culture for people or subjects to abide by the king’s rules or recommendations regardless of whether or not they are sound and justified. The inability of the subjects to question the king together with the respect Lear demanded from his daughters as a father were crucial in ensuring that the decisions remained abiding (Brode, 2001).

The making of flawed decisions was not just Lear’s weakness but it affected all the population around the king. Many other characters portray the inability to research upon the information they have and hence exercise their authority without assessing the amount of truth behind the perceived opposition or lack of support. Several characters were tricked into making decisions that negatively affected the innocent without knowing that they were working in line with the objectives of the schemers to settle their own personal scores. The suffering and mental disorders experienced by King Lear in the drama are an indication of a hierarchy being trapped in a tragic storm. Culturally, a king was never wrong in the decision he makes and if by any chance he was subjected to disapproval by events he never stooped too low to the level of becoming mentally ill as a result of the conscientious self-judgment by himself concerning his previous actions. It is however natural for any person to be tricked into action by well organized schemers and so it is not one’s fault if he or she fell into a trap to act. It is however important and a natural provision for every person to analyze and understand any controversial situation he or she may find him/herself in before acting wisely, after all kings and leaders in general are expected to have wisdom manifest in their actions (Hodgdon, 2005).

Another tragedy occurred when the King reunited with his daughter. The daughter he literally chased away when he failed to acknowledge her true love for him as a father. Lear expected her daughter to offer him protection from the other two sisters who had gone rogue. It is not political and culturally sound for men to seek protection from women. Taking into consideration the time from which the setting of the play is sourced, it was never a tolerable thing for a king to be ousted by his powerful daughters. It is a tragedy when the sisters have to lead two opposing armies in a battle which finally results in the death of one of them. This forces the humbled Lear to lose hope and then finally die as result of his heart being broken by the daughters he had initially trusted (Brode, 2001).

Redemption, which is a natural aspect of life, is portrayed from various scenes in play. Taking the King for example, he started in the play as a king full of arrogance and who makes unsound decisions. This decision literally put him in a fix and the king found himself in a position in which he was like a man who had to face the wrath of the beast he had nurtured over time and which had turned against him. The king therefore escapes the potential mistreatment of her two daughters and reunites with his other daughter. The king realized his errors and mistakes he made when he was still powerful and regretted not having helped the poor and the weak in the society. The king at this time empathized with those whose rights he had trampled on and this made him naturally calm and more patient and in what seemed the climax of redemption, he asked for forgiveness from his daughter. The play, however, does not relay the reaction of and information about the other people who are associated with the kingship. The armies with allegiance to the king have nothing said about them and how the allegiance was lost. It is not natural nor is it custom for a King to suddenly be on the run after being overpowered by his daughters without any war having taken place. The play as it is has no accounts of such a war having occurred in which the King's soldiers were killed. Kings of the time exercised great power and authority hence the only way to displace them from power was through war. The play is therefore, culturally speaking, not able to stand any ground as far as history is concerned (Hodgdon, 2005).

Other characters through whom redemption is portrayed are Edmund and Gloucester. Edmond is portrayed as a natural evil character in the play for he is associated with criminal activities whenever he emerges in the play. He is linked to forgeries, deceit treason and adultery and his is portrayed as a conquest for sex. One of his greatest deceptions involved deceiving his father to disinherit his (Edmunds) brother. He however redeemed himself from his evil cocoon by performing a good act while on his deathbed. The lesson from this redemption is so real and natural that many people can easily find themselves on the path towards such fate (Hodgdon, 2005).

Gloucester on the other hand had been cursed with being gullible for believing his son Edmond and disinherited his beloved son Edgar who was forced to leave the country only to come back at the disguise of someone else. He himself was branded traitor by his own son’s wicked calculations and therefore was the first victim of his own gullibility. He however redeems himself later on in the play when blind and asks for forgiveness from his son Edgar who he had banished.

There are many instances of mistrust portrayed by the characters. The failure of King Lear to include his third daughter in the division of his wealth is a clear indicator that he did not trust her. The play is in fact based on this initial action of mistrust which results in different events happening consequentially. Gloucester on the other hand is deceived by his son Edmond to develop mistrust against his other son Edgar which results in him becoming a victim to more deceit from his son. Edgar escapes but returns later as someone else in order to conceal his identity. This deception and the subsequent mistrust contributed largely to the development of the themes in the play. They literally constitute the main storyline in the play (Hodgdon, 2005).

In conclusion, the lessons taught about the balance between nature and culture or custom are relevant and worthy in giving a clear understanding of the setting of the play. The lessons however should take into consideration the potential exaggeration by the author in terms of the authority of the King and the possibility of ousting him from the throne by any other person.

Brode, D. (2001). Shakespeare in the Movies: From the Silent Era to Today. London: Berkley Boulevard.