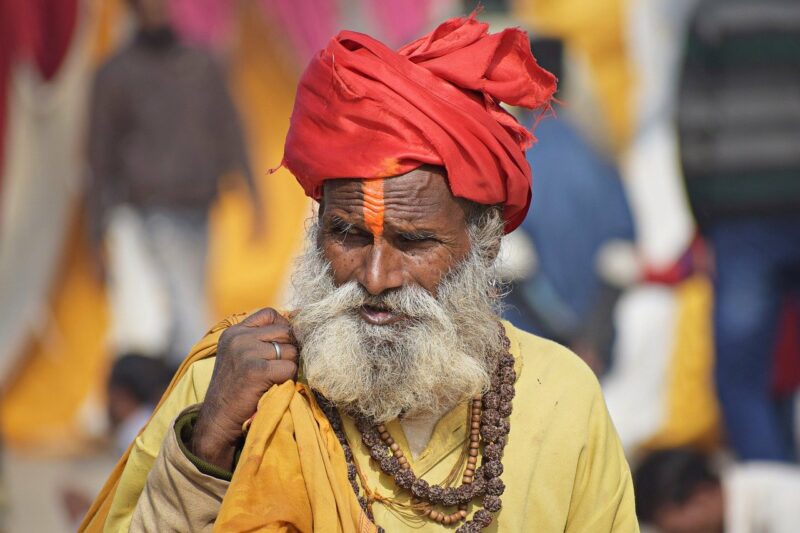 Hinduism is a collective term used to group various religious paths that follow the ancient scripture- Vedas. These religions are prevalent the Indian subcontinent. In her book, Fisher expounds that the term Hinduism was not the original name used for that collection of religions. The original name was Sanata Dharma, meaning eternal religion. The people who invaded the inhabitants of the area near the source of river Ganges coined the name Hinduism. The original name depicted a timeless religion, meaning it was there long ago (Fisher, pp 77). Though the word Dharma is commonly translated to mean religion, it transcends to issues of responsibility, ordinary law, social interests, morality and the way of operation of everyday activities.

Scholars have argued that there is no central tradition that can claim the identity of Hinduism. This may be because the Brahman tradition with an inclination to philosophy which is referred as Hinduism is only facet of a larger tradition (Fisher, pp. 76). The term, Hinduism, emerged in the nineteenth century. In Hinduism the practices differ on the bases of belief, masculinity, femininity, class and education. Rituals are a major characteristic of the Hindu way of life, as well as classes and duties.

The Hindu religion is expressed through numerous ways in the people’s lives. These expressions vary from individual devotion to a deity, philosophy and metaphysics to the worship of many gods. Nevertheless, the Sanata Dharma proclaims the oneness of the Hindu god. The various variations represent the numerous faces of the same god. All the faces are revered and are divine (Fisher, pp 78-80).

Vishnu is revered as the co creator and main god in Hinduism. The universe is said to be only a part of millions of other universes. These universes are believed to be formed as bubbles that come from the pores of the body of Vishnu. Vishnu is beloved as the caring and compassionate god. He is the preserver of the world. The other gods are Brahma and Shiva. Brahma is revered as the creator of the world while Shiva is the destroyer (Fisher, pp. 83).

The Saivates worship the god Siva. Siva is believed to be personal, and said to have many faces. He is also said to be attribute-less (Fisher, pp 79). He is the destroyer of the creation. Siva is depicted dancing on top of a conquered demon in Hinduism illustrations. He is believed to unite the extreme dualities of life. These include conception and obliteration and gloom and light. Salivates have several believes that define Saivitism. Siva’s disciples believe that the lord Siva is God. His ultimate being, Parasiva, goes beyond time form and space. Siva’s disciples also believe that the immanent nature of love, parashakti, is the solid rock or pure awareness that flows through all forms of life as vigor, life, understanding and ecstasy. He is also believed to be originator and demolisher of everything. Apart from believing in Lord Ganesha the son of Siva-Shakti, whom they entreat at the start of venerations, they also believe in Mahadeva son of Siva-Shakti who is accredited for removing the chains of ignorance. Salivates believe that every person’s soul is created in the image of Siva. This has a great significance in that the identity of Siva will be unveiled by all souls being released from Anava (Fisher, pp. 81)

Vaishnatives believe there is only one deity. They believe that Vishnu is the supreme god, and other gods are encompassed by Vishnu. Disciples of Vishnu believe god at a personal level. They believe Vishnu as a caring and compassionate being, though he is supreme. They believe Vishnu is omnipotent, omniscient, bearer of all knowledge, supreme splendor and total independence. Vaishnatives often don marks on the foreheads and bodies. The letters usually used are u, y or t. religious devotion is central in vaishnatives. They accentuate religious sensation and ethics more than the strict observance of the scriptures. Aesthetics is also central in  a vishnatives way of life.

Saktas worship the feminine aspect of divinity. The great power of the goddess is referred to as sakti. The goddess is seen as representing the sum deity, everlasting originator, preserver and slayer. The deity is mostly depicted as erotic and corporeal to show her abundant creativity. The deity is worshipped in several forms. Durga is represented as a comely woman with ten arms holding weapons with which she fights the demons that threaten the Dharma. She represents the glory of the supreme deity, the totally powerful and merciful female form. The destroyer version of the female deity is the Kali. She is mostly depicted with dripping blood and skulls. She is worshiped with sacrifices of animals, and sometimes of humans. She is an enemy of the evil but a friend of benevolence. The adoration of the feminine divine has been coupled with the reverence of natural objects like trees and rivers. Saktas is divided into two; the right and the left hand worship. The right hand worship follows the Vedic traditions like most of the other Hindu theistic movements. On the contrary, the left hand involves numerous hidden practices some of which are sexual. These practices, however, are not performed for pleasure. They are a way of stimulating one’s own energy to be in sync with that of the deity (Fisher, pp. 90-93).

Though the three theistic movements of Hinduism focus on different deities, they are part of the same religion- Hinduism. In all the groups, there is a focus on one deity. This, however, does not mean abandonment of the other gods. Though one is a vishnative, one is also required to revere Brahma and other gods. The difference is only the degree. They have a common, genderless base of their faith; a deity who has the power to create, destroy and preserve. All the religions have their bases on the Vedas and other scripts that are universal to the three theistic movements. All the three variations view the cause of human suffering as ignorance of one’s true identity. They also believe that morality is basic in for an organized communal life to exist.