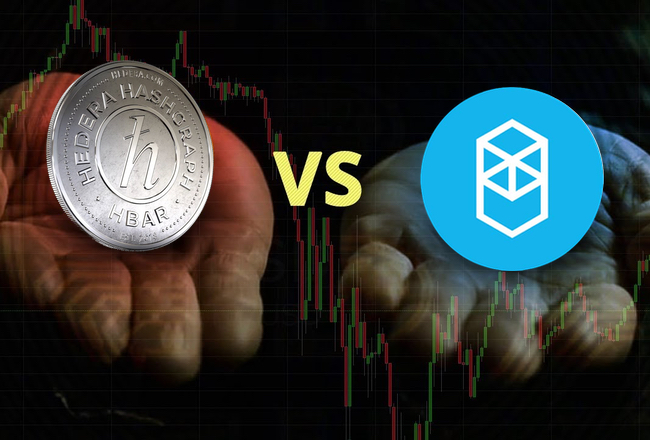 Fantom is a smart contract platform which is based on the Directed Acyclic Graph (DAG) a new technology that is faster, more secure and is more scalable than other traditional blockchain platforms. Fantom is based on a completely new set of principles and a completely new consensus mechanism known as Lachesis which makes it so fast that traditional blockchain platforms cannot even keep up with its speed. Fantom offers a solution to the problems that Ethereum and Bitcoin inherently had, speed and lack of scalability, due to its much more advanced and well thought out tech Fantom is the future of decentralized tech, however, it is not alone in this pursuit.

Hedera’s Hashgraph is also built upon some of the same principles of Fantom, it is also better, faster, more secure and more scalable than blockchain tech. It is not similar to blockchain, it is better than blockchain in a lot of ways, while it does compromise on some of the ways. Hedera Hashgraph has its basic technology in its name, the hashgraph. The hashgraph serves as an underlying in Hedera’s system just like blockchain does in Ethereum and blockchain. It is also one of the most efficient decentralized systems taking less than the fraction of the power required to power blockchains. It is a patented tech only being used by Hedera currently, however, it is expected to get in the hands of other players as well.

While it is very hard to make a decision on the two technologies as both have shown that their tech works. Hedera has an edge over Fantom in key domains, Hedera has taken up a patent on virtual voting and has already developed tech for it. Fantom still grapples with adding new features. Governance is also a big factor, Hedera’s governance is overseen by 39 big corporations around the world representing different sectors, which is more confidence inspiring. Moreover, due to the connection with the industry, Hedera seems to have a better chance at succeeding. Even currently very important applications such as COVID Vaccination tracking, Medical Record tracking and other working systems are being run on Hedera. While Fantom also has promising tech, it can be assumed that in the longer run, Hedera shows more potential.

Is LCX Token A good investment