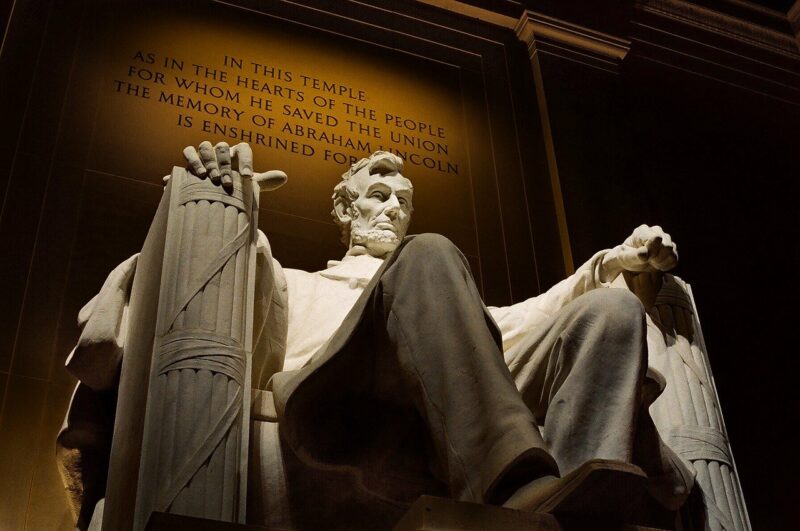 During the late 1850s the United States of America was holding election campaigns. This may have led to a chain of debates that were based on the vital issues that were believed to be dividing the nation: these issues included; popular sovereignty, free labor versus slavery, political and legal status of the black Americans. The most famous debates are believed to be between Abraham Lincoln and Stephen A. Douglas and, the main theme was slavery. Abraham Lincoln was then a lawyer who was barely known coming from Springfield and Stephen A. Douglas was the then senator of the state of Illinois.

Although, the public had little or no knowledge of Abraham Lincoln, he was not new to the world of politics. In the year, 1846, Lincoln had been elected to the U. S. House of Representatives, though, his perception of the Mexican war may have caused him not to be reelected as it had made him unpopular among the public. Abraham Lincoln is believed to have dived into the world of politics again in the year, 1854, when the Kansas-Nebraska Act was implemented. Following this, the Republican Party in 1858 nominated Lincoln to run for the senate seat against the then senator Stephen A. Douglas. After being nominated, Abraham Lincoln stated his stand against slavery saying “A house divided against itself cannot stand.' I believe this Government cannot endure permanently half-slave and half-free." In addition to this, Lincoln believed that the Kansas-Nebraska Act by Senator Stephen A. Douglas and the decision made by Dred Scott of the Supreme Court was part of a conspiracy theory of trying to make slavery to be lawful to all states.

During the campaigns for a period of four months, the two candidates; Abraham Lincoln and Stephen A. Douglas, travelled round the state of Illinois participating in debates the main theme being slavery.  They are estimated to have travelled a distance of over 10,000 miles while having face to face debates in front of large audiences. The strategy used by Douglas's during the debates was to bring out Lincoln as a big fan of "Black Republican" where he had the objectives to, emancipate the slaves,  bring up the issue that blacks should be both politically and socially same to the whites and incite civil war.

It is believed that at first the senator Douglas did not want to have debates with Lincoln. This is because he knew the risks of going to head to head with Lincoln from past experiences: in the year, 1854, Lincoln had been a formidable speaker in the issues that were challenging the state at that particular time. Douglas also knew that even though, Lincoln was less of a flamboyant than him, he was more of a practical person and brought out the logic in most of the aspects and issues that were discussed. Given that Lincoln had already been chosen as a candidate, Douglas had little or, no choice but to engage in the debates to try and win back his seat as the senator of Illinois (Fort, 1980).

While, on the campaign travels and debates, both Abraham Lincoln and Stephen A. Douglas had highly variable views of the issue of slavery. Douglas may have argued that slavery was already in a dying face and, it had reached its natural limits hence; it does not grow in climatic conditions where they are not favorable and the soil could not germinate anything. In addition, Douglas also insisted that the issue of slavery could better be resolved if it were taken to be a problem of the local community. On the other hand, Abraham Lincoln had the perception and belief that slavery was an expansionistic and dynamic institution which was only hungry for capturing new territories. Moreover, he also argued that if people from the north allowed slavery to go on unchecked, in the end slavery would be turned to be a national institution; this, in turn, would further lead to laborers both black and white to become virtual slaves.

Another highly noticeable difference between the views of Douglas and Lincoln was based on the fact that black Americans also had legal rights. According to Douglas, he believed that, in all aspects of life, the black people would always be inferior to the white people and highly opposed the issue of citizenship for the black people. According to Lincoln, he believed that the black people were meant to be treated as equals to the white people including Douglas himself. In retaliation to remarks that Lincoln had said, Douglas replied saying “Mr. Lincoln asserts, as a fundamental principle of this government, that there must be uniformity in the local laws and domestic institutions of each and all the States of the Union; and he therefore, invites all the non-slaveholding States to band together, organize as one body, and make war upon slavery in the states that still practiced slavery” (Richard, 1965).

From the debates between Douglas and Lincoln criss-crossing different cities in the state of Illinois, it was highly noticeable that the two had different perceptions of the issue and were also very different in terms of character and nature. These differences included: Douglas was believed to be more energetic, original, bold and perceived politics to be a trade while to Lincoln politics was like a game and was less bold. In relation to their followers, Douglas was more of an icon and idol to them while Lincoln was loved by his followers. In addition, Douglas was believed to represent his regular people while Lincoln represented people who were perceived to be unsophisticated. Lincoln was seen to have little formal education while Douglas was well and better educated. Douglas generally enjoyed his social life while Lincoln was perceived to be more of a loner hence; his social life was next to zero. Another noticeable difference was that, Lincoln was focused more on the moral codes of human needs while, on the other hand, Douglas was more flexible and did not focus highly on human beings issues.

When the elections were held towards the end of the year 1858, the public in general could not be able to vote for neither Abraham Lincoln nor Stephen A. Douglas; this is because it was not the vote of individuals that elected the senator, but the vote of the state legislatures. Even, though, Lincoln did not win the senators seat for Illinois, this acted as a platform and foundation for him as the general people believed him to be a viable presidential candidate.

In conclusion, I believe that Abraham Lincoln was more focused on eliminating the issue of inequality among the blacks and whites and the spread of slavery from the southern regions to parts of the northern regions; while, on the other hand, Douglas was more focused on the issue that the blacks would always be inferior to the whites and that slavery should be spread to the other regions.

A T-Shirts Tale by Pietra Rivoli