The recent pump in Cardano's price has garnered the attention of a lot of investors worldwide. At the beginning of 2021, ADA (Cardano's token) was valued at $0.17 which surged massively to $1.23 (at the time of writing) rising around 8x. Furthermore, the sudden interest from the retail investors helped to push the currency to #3 in the total coin market ranked according to the market caps. ADA currently has a market cap of $44 billion which is set to increase in this bull run that has started for the currency. 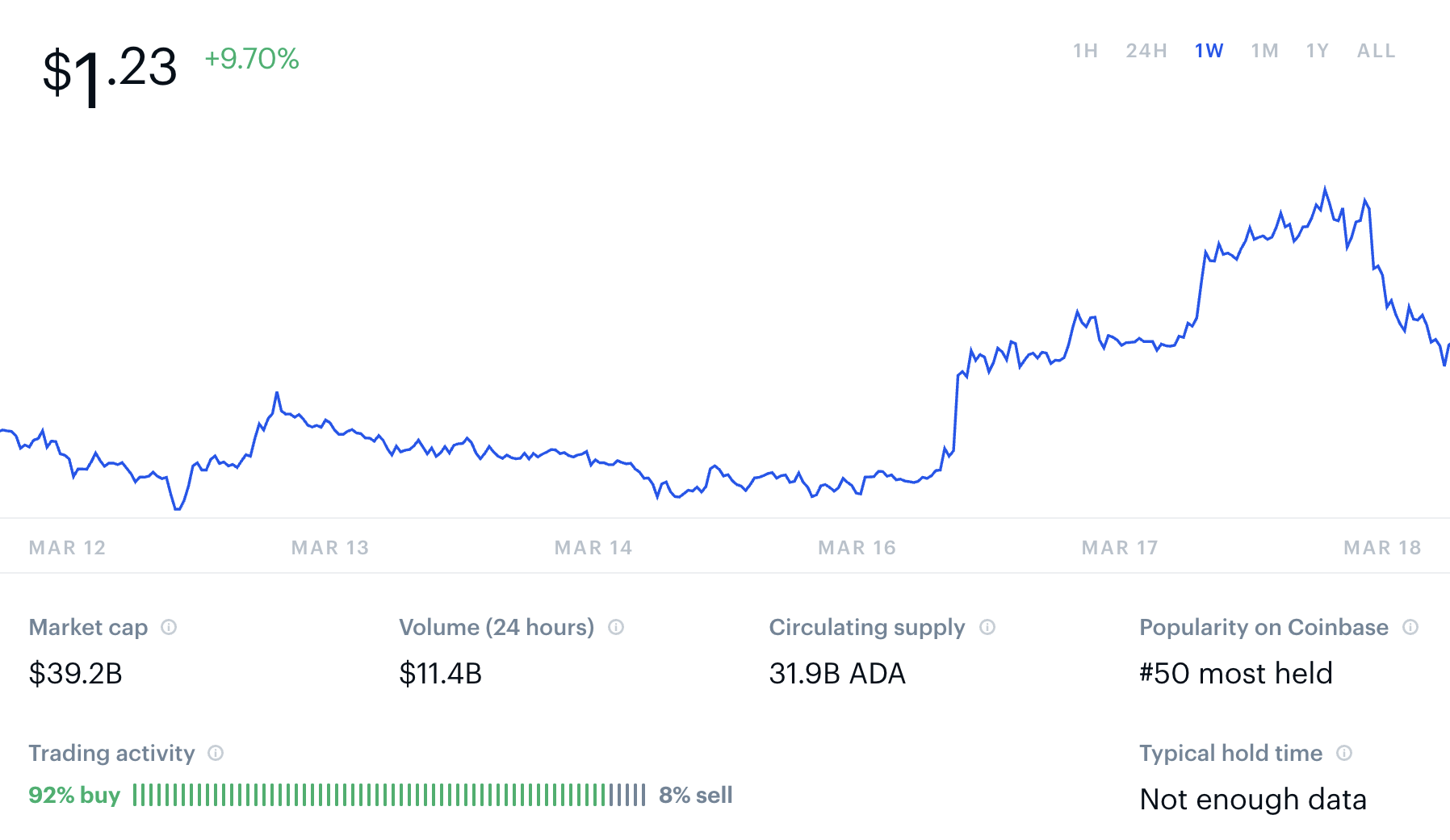 The market is full of unrealistic predictions for Cardano that go as high as $50 at the end of this cycle. Realistically, reaching $50 would require that the overall coin market reaches a total market cap of over $10 trillion which doesn't seem like an event that would happen soon. Cardano almost reached $1.5 after which there was a healthy correction. Currently, ADA is trading at $1.28 and if the resistance of $1.5 is touched soon, ADA is set to go past $1.50 if the market conditions remain bullish and the overall crypto doesn't crash.

Let's see where Cardano can move in the long term, hopefully by the end of this market cycle that ends possibly in November. ADA currently holds a market dominance of around 2.5% and a very highly bullish approximation puts it at 5% considering all the advancements in its ecosystem. Cardano is checking their milestones rapidly which is gaining the attention of blockchain geeks and investors worldwide. If this puts Cardano at 5% market dominance we can make a fair estimation comparing it to the overall market capitalization in the coming months.

A highly conservative estimation places the market at $3 trillion but some analysts have placed their bullish bets on $5 trillion and $10 trillion as well. For each of these values the prediction for Cardano given that it rises to the market dominance of 5% are given below:

Another reason for Cardano to achieve this feat is that Coinbase Pro has listed Cardano on its platform. Given the stature of this exchange, the valuation is expected to boom in the coming times. Apart from that, there are certain developments expected to be seen on the Coinbase Pro platform related to ADA as well which included additional trading pairs. In the near future, Coinbase.com might also list ADA but this news is just a rumor for now.

All in all, ADA might be a lucrative investment option for retail investors. Even a conservative prediction would put ADA at $3 and if the market enters a super cycle, we're in for over 10x gains.